Sat Feb 25 2006 21:38 CONSTRAINED COMICS COMICS: Jack Masters gave me a fun set of constraints and the result is a two-page comic (click the first page to get the second page).

Sumana requested a suggested order for the panels, to deal with the non-linearity. The best I can do is 4-9-5-1-11-12, and then 7 as the PSA at the end. The rest of the panels are just possible endings. 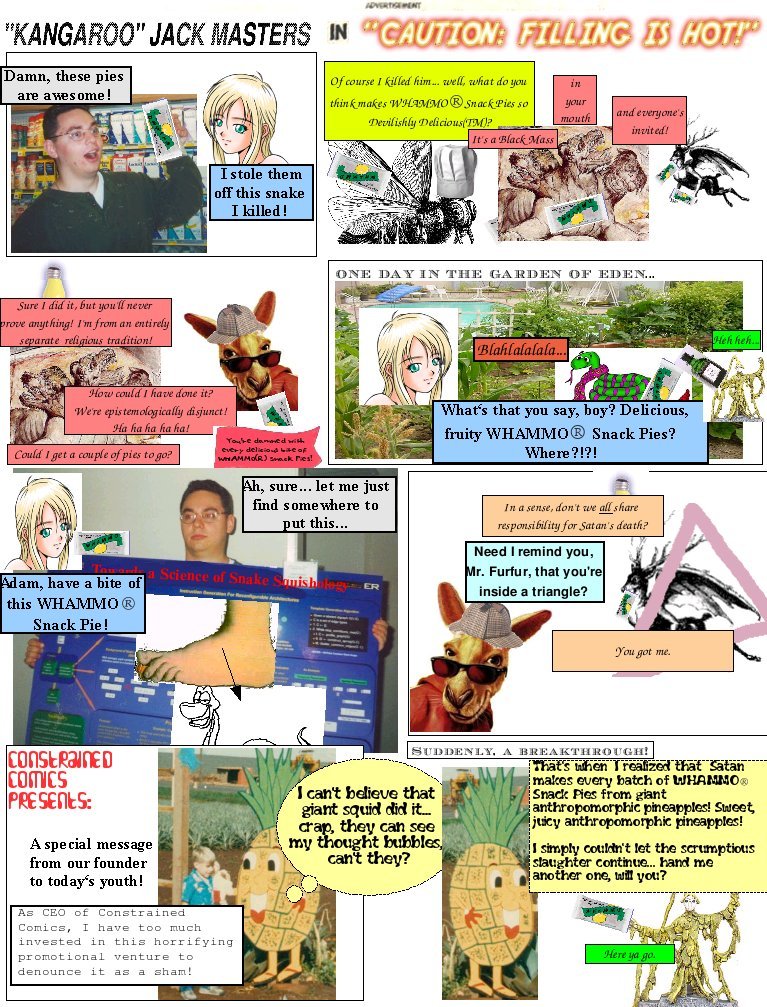 List of characters: Adam (played by Adam Kaplan), Beelzebub, Cerberus, the Devil (in snake form), Eve (played by a character from the video game Parasite Eve; probably not actually named Eve), Furfur (look it up! I did!), Giant Anthropomorphic Pineapple, Hastur, Imp, Jack Masters, Kraken, and yours truly.

Sat Feb 25 2006 22:37 That Touch Of Mink: Not sure why we're Tivoing so many Cary Grant movies. This one painted the early 60s as a time where people were insane or sociopathic in very retro ways, in a rather creepier way than, say, The Apartment did. Pretty funny, but also disturbing. When did the Hayes Office shut down? Wikipedia says 1967. It's the kind of movie that makes you ask that question.