With further ado, the comic: 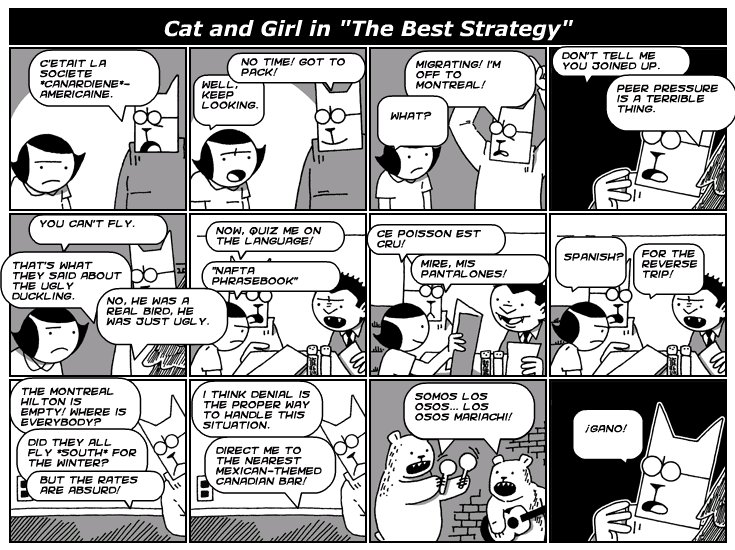 Tomorrow: Kevan's constraints, if I have time.

Fri Mar 31 2006 21:48 Mini Game Roundup: BlinkenSisters: Hunt for the Lost Pixels. A 2D platform game, a huge download due to embedded OGG files and graphics. Is it worth the download? No, not really. But the mechanics aren't bad. Your character jumps (and looks) kind of like the Princess in SMB 2, which I've always felt was a vastly underused mechanic. There's also a cool-looking squid monster. Just too much a basic jump-and-squish game and not really improved over older games 1% its size.