(1) Tue Apr 18 2006 13:33 Less Cat, Less Girl: I finally did a Cat and Girl comic using Kevan's constraints. It's not that good, but fortunately quality was not one of the constraints. The constraints were: 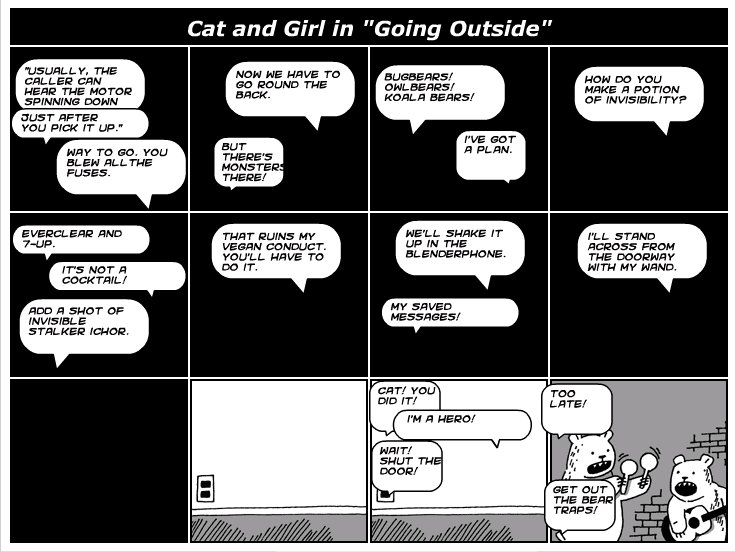 We see love between others thousands of times but only participate in it a few times. Can we hope to find a new kind of love? How would we know it if we did? The best we can do is to explore the deeps of one great love, always finding new aspects of it.

Five years ago I stumbled upon a vast love which my lamp and map have still not charted. This is where I want to live, Sumana, among the crystals, the faraway noise of an underground city, the glimmering lights in the ceiling, with you. Marry me, Sumana.