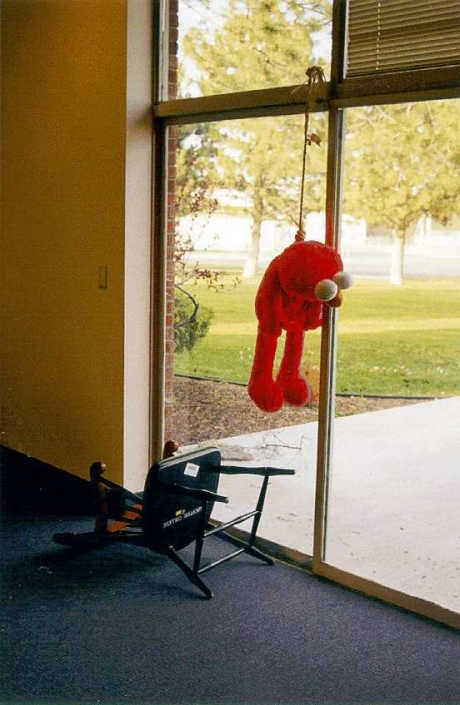 First there was Bert hanging out with Osama bin Laden. Then, many years later, in fact a couple days ago, Sumana went to the Bangalore equivalent of a county fair. There were a number of public-service-announcement posters including an anti-suicide poster listing common causes of suicide and telling you to look for the warning signs. Fair enough, except the background image of the poster was this Internet-gag picture of Elmo offing himself.