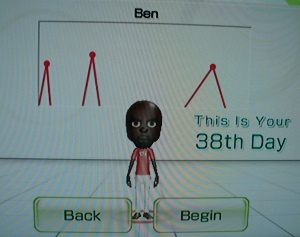 What happens if you get it to set a goal for you to lose weight, and /then/ gain 100 pounds?

It tells you that you have to lose 100+N pounds to meet your goal.