Mon Nov 01 2010 16:29: Went to Lucian's house yesterday to watch Star Wars on VHS. I noticed this interesting tidbit, which I think deserves to be much better known: the Weighted Companion Cube from Portal looks a lot like the crates they use in Star Wars.

Earlier in the week, a conversation with a friend who shall remain nameless:

Leonard: So Lucian is now really into Babylon 5. Which is understandable because the character arcs are so great.
Friend: Yeah, I saw some of that when it was airing, it was pretty good.
L: Can I give you an example? Like, you don't mind spoilers?
F: Yeah, I'm not gonna see it.
L: [Explains his favorite Babylon 5 character arc in some detail.]
F: I like Baltar.
L: That's Battlestar Galactica.
F: Oops.

Wed Nov 03 2010 14:40: Despite a tough political environment, Beautiful Soup remains the incumbent in Kansas after four years. (thanks, clickolinko)

(The novel has one more writing group date, but I'm feeling good enough about the manuscript to call it "done" and send it out. Big thanks to Kirk, Sumana, and the Cabal.)

Sat Nov 13 2010 08:39: Is there some fake sociobiology reason for why people like looking at fall leaves? It doesn't seem like you'd see those colors very often if everything was going well on the proverbial savanna. Do they look like fruit?

(5) Thu Nov 18 2010 21:14: Last weekend I went up to Boston to work with Julia and Kirk on the Constellation Games synopsis. Rather than complaining about the publication process, let me tell you that on Sunday Kirk and I drove up to New Hampshire. (Here's Kirk's take, with pictures.) I thought this was a big deal, but I'd forgotten that when you start in Boston, New Hampshire isn't all that far away.

Our destination was Funspot, home of the "American Classic Arcade Museum", which is actually just a functional arcade. Like, imagine that bookstores continue going out of business, until you find yourself running one of ten large bookstores in the entire country. At that point, it might make sense to rename your bookstore the "American Classic Bookstore Museum".

Funspot does have some old games of particular historical interest, like Death Race, the first game to start a "wait a minute, those pixels look like a person!" moral panic. But, they also have Skee-Ball and bad pizza. And there's nothing explaining the importance of Death Race. Suffice to say I'm a little dubious about the "museum" idea.

But they do have over 200 old arcade games, organized by manufacturer, so, seriously, enough complaining. It was great! Kirk and I played just about every two-player simultaneous game they had, including classic shoots-em-up like Contra and Heavy Barrel, as well as good old Joust. We had worse luck with Marble Madness and Xenophobe.

I was also surprised to see Donkey Kong II, since that game doesn't exist. I invested a token and quickly discovered that it's actually a brutally difficult ROM hack, put into an arcade cabinet as a cruel prank. It turns out I'm not very good at any of these games (Kirk is really good at selected games, like Pengo), but I think it's safe to say that Donkey Kong II is only for those who relish a challenge.

I'd heard lots of people talk about how much better Asteroids looks on an original vector screen than on a CRT or LCD, and kind of written them off as snobs. But I guess I have to write myself off now, because Asteroids on a vector screen looks awesome.

We arrived in Funspot on the same day as a reunion of the General Computer Corporation, the company that sold unlicensed hacks of arcade games in the early 80s, under the assumption that no one would ever successfully serve a subpoena on the "general computer corporation". That didn't work out so well, but they went legit after one of their hacks was turned into Ms. Pac-Man. Now, reunion time: lots of middle-aged engineers and their spouses.

I remembered that Ned Batchelder used to work at the General Computer Corporation, so I looked around for him at Funspot, but he wasn't there and he confirms he'd never heard of the reunion—I guess they didn't invite the summer interns.

(3) Sun Nov 21 2010 09:25 Beautiful Soup 3.2.0: Ta-da. This is not a release to fix bugs or add new features. There are almost no changes to the code, which is why it took me so long to do this—it seemed silly. This is a release to stop people from getting confused.

Previously, there were a couple versions of Beautiful Soup you might conceivably use. They were 3.0.8.1 and 3.1.0. Version 3.0.8.1 was the stable release, and version 3.1.0 was the development branch. Except 3.1.0 wasn't actually the "development" branch, since a) no development is happening right now, and b) 3.1.0 in particular turned out to be a huge mistake. But for almost two years now, 3.1.0 has been hanging around with a higher version number than 3.0.x, looking like the latest version. And people have been using it, and having problems.

I'm not working on BS right now, but the least I can do is stop actively misleading people, so I added a tiny new feature suggested by Aaron and leapfrogged the 3.1 series with the UNAMBIGUOUSLY THE VERSION YOU SHOULD USE version 3.2.0. I've also set up a new build system which uploads the new releases to Crummy, to PyPI, and to Launchpad. So if my hosting provider randomly shuts down my instance, as happened last night, your craving for the tarball can still be fulfilled.

Fri Nov 26 2010 12:12 Pictures of Pictures: Susanna came to town for Thanksgiving, so we've been alternately going out and doing things, and completing the unfinished-since-movein work of making the apartment look like a place where someone lives.

For instance, we matted inclusive-or framed all the photos and MOCCA art that Sumana and I never put up, or else stuck to the wall with thumbtacks: 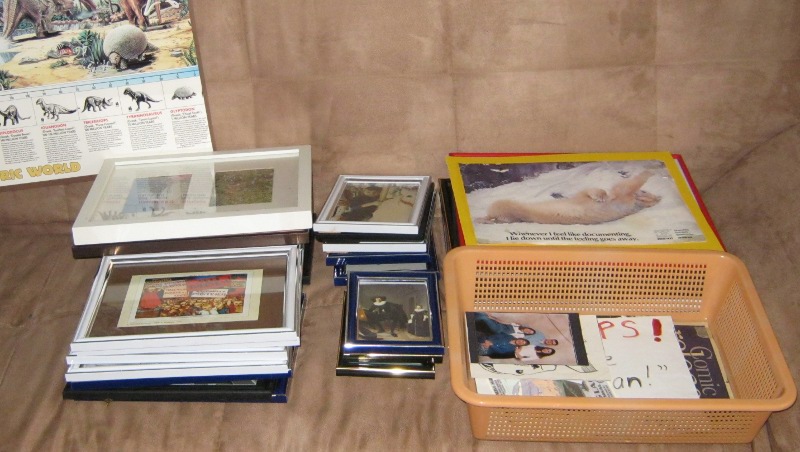 And in the realm of "art I can't afford", here's a geeky drawing we saw at the MoMA: Dorothy Dehner's 1958 "What Happens To Squares": 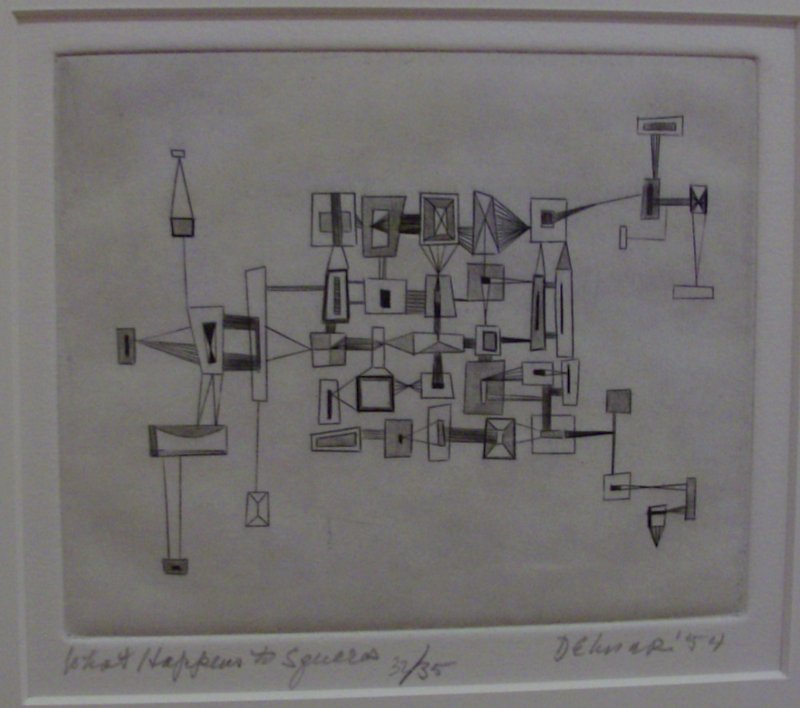 Tue Nov 30 2010 21:36: Thank you, authors of REST in Practice, for giving me the bizarre experience of opening a book to a random page only to find my own name on that page.