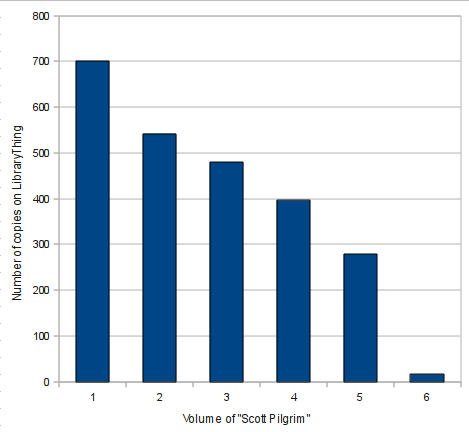 (4) Fri Jul 09 2010 13:37: Remember a couple weeks ago when I was sick? That never really went away. Fortunately, I'm now on a different course of antibiotics, I'm lying around on the couch instead of trying to do work, and feeling all right.

I'm also thirty-one years old today. In order to feel less old I'm reading Time's Arrow, Time's Cycle by Steven Jay Gould (one of only a couple of his books I haven't read). Afterwords I'll do some novel revisions, assuming that doesn't seem too much like "work". I also shaved my beard. This is Leonard's exciting life!!!

Thu Jul 15 2010 11:58 Reviewed!: Locus has a review of the Retro Spec anthology (out in September), including a tiny spoiler-filled review of my story, "The Day Alan Turing Came Out".

Tue Jul 20 2010 07:23: I did my impression of Richard Ayoade. Sumana said it sounded more like Robin Leach. I believe this merely demonstrates that their voices are more similar than you might have thought.

(5) Sat Jul 24 2010 16:06 Name That (This) Game: While writing a new scene for Constellation Games I came up a game that's like strip poker, except that instead of taking off your clothes when you lose a hand, you replace your clothes with opposite-gendered clothes. The current name of the game is "Cross-Dressing Antistrip Poker". I'm trying to think of a name that's closer to the "Texas Hold 'Em" part of the spectrum--something that alludes to what makes this game special but focuses more on color than on flat descriptiveness. Ideas?

(It's possible that Cross-Dressing Antistrip Poker already exists and has a good name, but on the Internet as it exists now, it's not possible to find reliable information on such things.)