(1) Fri Sep 03 2010 22:29 The Highest Distinction That One Can Obtain: Have you been waiting for some new music from me? Well, keep waiting, because I don't really have anything planned. But my friend Lucian (frequent guest on the crummy.com podcast) just started a Jewish transsexual rock band called Schmekel, and they had their first gig last night. Here's a video of Schmekel playing "Surgical Drains" (song itself starts at 0:55), a silly song whose lyrics I helped write. They've got five more videos; the sound quality varies.

I should mention that, unlike most of the stuff I link to/am involved with, these songs are pretty filthy. I'm sure it's possible to have a Jewish transsexual rock band whose songs are all very tasteful, but that is not Lucian's way! I didn't write the dirty parts of "Surgical Drains"—I just came up with a lot of the couplets in the choruses. 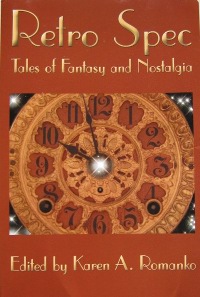 (2) Thu Sep 16 2010 21:07 What I Do: When I meet someone and they ask what I "do", I gauge their level of tech knowledge to determine how much detail to go into. Have they heard of Ubuntu? (I work for Canonical.) Have they heard of Linux? (I work for a company that puts out a Linux distribution.) Maybe at they've used a computer? (I write software.) I do this rather than just going straight to "I write software" (from which I've only had to back off once), because when, as sometimes happens, I'm asked this question by an Ubuntu user, the question of "what do you do" turns from a social nicety into a real conversation. And it's really nice to get appreciation from someone just because of where you work.

This week, Canonical employees are writing about how their day jobs interact with the open source community. For some people, like the desktop team, the connection is pretty obvious. For me it's a little more subtle. I give open source developers control over their accumulated software artifacts, and I give them back some time that they'd otherwise spend doing boring things.

The projects I work on are open source, but for the most part that just means I'm doing my work in public. My main project, lazr.restful, is used a fair amount within Canonical, but not much outside of it. So saying "hey, I write open source software" is cheating. What's really going on?

Such sites are nothing new. For almost my whole showing-up-for-work-every-day career, I've been working on one of these sites: before Canonical, it was CollabNet. What's new about my work on Launchpad is that with the web service I give you (the developers using the site) direct access to your process-type artifacts. This benefits you in two ways:

And for me it is fundamentally about saving people time. There's a story from the development of the Macintosh that has stuck with me for years. Steve Jobs is doing what he does best: berating developers. In this case he's telling them to make the boot time faster.

Well, let's say you can shave 10 seconds off of the boot time. Multiply that by five million users and thats 50 million seconds, every single day. Over a year, that's probably dozens of lifetimes. So if you make it boot ten seconds faster, you've saved a dozen lives. That's really worth it, don't you think?

I don't have fifty million users, but I'm also not in the business of saving each of my users ten seconds. I want to save you three hours, or a week would be better. That's why I do what I do—you can see this thread running through every job I've had, both my nonfiction books, and my most successful open source projects. Check the intro to Ruby Cookbook: I just realized I wrote the same damn thing in there.

This book is meant to save you time. Time, as they say, is money, but a span of time is also a piece of your life. Our lives are better spent creating new things than fighting our own errors, or trying to solve problems that have already been solved. We present this book in the hope that the time it saves, distributed across all its readers, will greatly outweigh the time we spent creating it.

Beautiful Soup is showing its age, but I don't think it's totally crazy to estimate that it's saved thirty or forty person-years since 2004. Someday I'll die, and I don't want the main thing people say about me to be "The time he saved other people was a greater-than-unity multiple of his own lifespan." But that is an important part of my personal philosophy. It's Tim O'Reilly's "Create more value than you capture" applied to time.

"Okay, how about this theory. What if none of the stuff in Murder, She Wrote actually happened..."
"It didn't!"