(1) Mon Jan 16 2012 10:50 Findings: My writing life has settled down a bit so I'm finally going to write about Findings, the social reading startup where I worked last summer. This is more an essay about what I see in Findings than an introduction to the site--you can see lots of general introductions linked to from this Findings blog post, including co-founder Steven Johnson's introduction, and the Business Insider article whose title is the perfect elevator pitch, "Findings is GitHub for Ideas".

If what I'm about to say sounds interesting to you, there are development jobs open at Findings right now. Just as a reminder, I myself don't work at Findings anymore, and even when I did, only the foggyheadedest knave would have taken my personal opinions as representative of company policy. 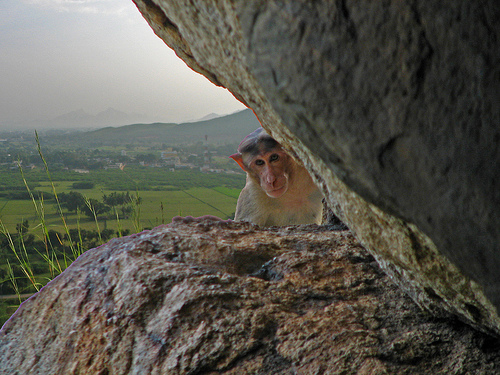 Brehm gives a curious account of the instinctive dread, which his monkeys exhibited, for snakes; but their curiosity was so great that they could not desist from occasionally satiating their horror in a most human fashion, by lifting up the lid of the box in which the snakes were kept. I was so much surprised at his account, that I took a stuffed and coiled-up snake into the monkey-house at the Zoological Gardens, and the excitement thus caused was one of the most curious spectacles which I ever beheld.

If you want to learn about evolutionary biology, read Steven Jay Gould's essays. Darwin's a good writer and he got it basically right, but he didn't know about genes or DNA. I read Darwin to experience the origins of the field. I didn't expect (though perhaps I should have) to encounter endless artifacts of the days of two-fisted Baconian science.

When Charles Darwin needs to figure something out, he carries out an experiment, no matter how tedious or disturbing. He takes snakes to the zoo, he puts kittens' feet in his mouth, he floats 94 kinds of plants in seawater, he hacks aphids. If someone has the temerity to question his conclusions he's all "Citation needed? I'll give you citations, motherfucker!"

When you read a book, it has an effect on your mind. You're a slightly different person after reading it. You've created something new: a reading of the book: Here's an apropos quote from Alberto Manguel's A History Of Reading, which I read on paper and typed in. Manguel is talking about Petrarch's Secretum:

What Augustine (in Petrarch's imagining) suggests is a new manner of reading: neither using the book as a prop for thought, nor trusting it as one would trust the authority of a sage, but taking from it an idea, a phrase, an image, linking it to another culled from a distant text preserved in memory, tying the whole together with reflections of one's own -- producing, in fact, a new text authored by the reader.

Readings are ephemeral. Life goes on, and the memory fades. Ken Macleod's The Star Fraction had a huge influence on me, probably leading to whatever career I now enjoy as an author of fiction, but I read it ten years and 600 books ago, and now I don't remember a damn thing about it. 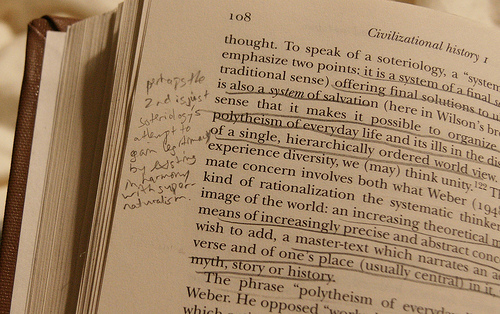 That's why we dog-ear pages and highlight passages. We're instantiating our reading of the book so we can go back later and approximate the mental state it gave us without re-reading the whole thing. Even if all we got out of a book was "this bit was funny", it's better to have the funny bit at hand than not. Even if you never go back to the highlighted passage, the act of highlighting replays that passage and deepens your initial memory of it.

I've been typing in quotes from the paper books I read, like I did with the Manguel. Of course, with an electronic book, you don't have to do this. The act of highlighting creates an electronic record of your reading of the book. When I was in college I read about the first e-ink research coming out of MIT, and I knew that this was the future. Indeed it was the future, because I had to wait ten years for the technology to make it to market. But, sour grapes, we've got ebook readers now.

Ebook readers have big problems, but at this point the problems are mostly political, not technical. For instance, you can highlight passages when reading a book on your Kindle, but because of a deal between Amazon and the publisher, your book's metadata may include restrictions, which the Kindle will obey, on how much you can highlight. And your highlights and notes—the "new text authored by the reader"—are stuck on a website that Amazon didn't put a lot of work into because they don't consider your reading of a book important to their business.

Findings takes advantage of the fact that Amazon is wrong about this. Findings liberates your highlights and makes them searchable and shareable. Your reading of a book is a big part of your relationship with that book, and Findings gives you access to it.

You can also use Findings to take a reading of a web page, creating a record of what would otherwise be an ephemeral activity. I'm not as interested in this feature, but people are using it quite a bit, and my interest does increase as the length of the web page I'm reading approaches the length of a book.

So that's what Findings can do for you personally. Now let me pitch you the network effects. Take a look at this screenshot which shows the Findings global stream: 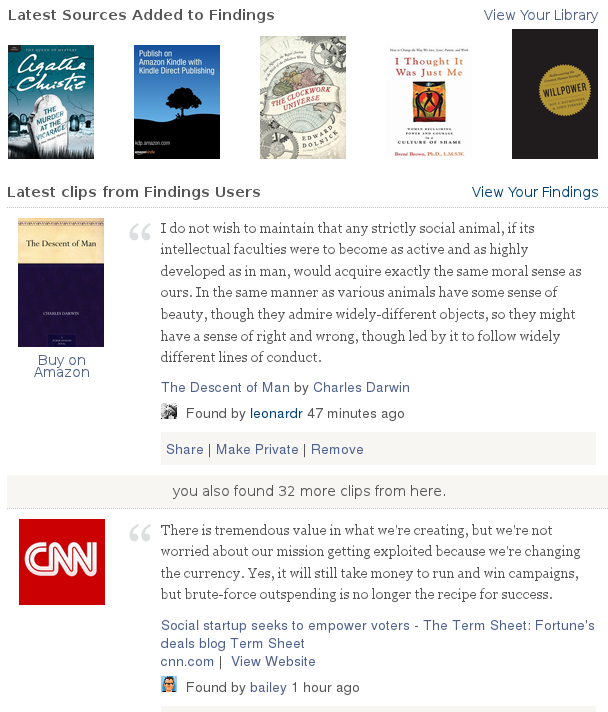 You can't see the global stream without logging in, which I think is a shame because I think this is what really sells Findings. We have here a stream of little bits of text, like Twitter used to have on their front page. Except here, every bit of text is a quote that someone liked well enough to save. It's very high-quality stuff. At the top you can also see some recently added books, and by clicking on a book you can see someone's condensed reading of the book.

There are a ton more useful things I could mention, but they're mostly behind-the-scenes things where Findings makes things "just work" (like consolidating multiple editions of the same text), or they depend on features that haven't been implemented yet. So I'm going to close by mentioning the social signalling feature. 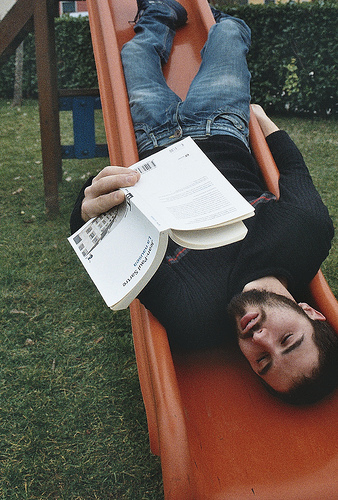 One underappreciated feature of paper books is signaling to other people that you are cool. You read books! Fancy books, like Ulysses! You care enough about books to make space for them in your house. You take them on the subway even though they're heavy. Darwin would say it's like the peacock's tail. But if you have an ebook reader, nobody knows how cool you are. You're just a person with an ebook reader.

By letting you publicize your reading of an ebook, Findings reinstates your ability to send those social signals. The downside is that you have to actually read the book. You can't just put a big book on your coffee table: the thing you're sharing is what you got out of the book. (Well, you can fake it, but it's probably about as much work as reading the book legitimately.)

So that's Findings. I don't use it as much as I thought I would, because I'm still trying to draw down my stack of paper books, but when I read a book on my Kindle, it stays read, thanks to Findings.

I mentioned this before, but the last thing I did at Findings was design a web service for them, which they're hopefully working on now. Once the web service launches, you'll be able to write programs that import readings into Findings from non-Kindle sources.

One final note: If you have a Kindle, connect it to your computer and look on its filesystem. All your highlights are kept in a structured-text file located at documents/My Clippings.txt. This file includes highlights taken from PDF files and other ebooks not recognized by Amazon, which don't get synced to kindle.amazon.com. Even if you don't use Findings, take control of your highlights by backing up this file.

Thanks for the great writeup, Leonard! We actually have implemented the webservice, though it's not highly publicized. The docs are here:https://github.com/findings/findings-apiIt's got a pretty basic featureset right now, we'll be evolving it as it gets more use.