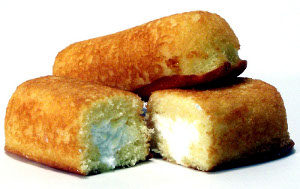 Some exciting news from the world of commerce: the Constellation Games paperback drops April 17. If you're waiting for the paperback, do yourself a favor and pre-order at the $20 level. Once it's released, the paperback will cost $20 on its own, but if you pre-order, you'll also get a bunch of extras, including three short stories that all pass the Bechdel test.

The seventeenth of April is also the day we serialize chapter 21, "Her". I'm going to keep posting my commentaries once a week along with the serialization, even though a growing number of you will have read the whole book and know how it turns out. Then you'll know how I feel right now!

I'm also thinking of having a celebratory book launch dinner at Hill Country, a famous Austin-area barbecue joint that fortuitiously has a branch in New York City. Let me know if you're interested in attending.

...and we're back from commercial. Here's the commentary for chapter 8:

Stay tuned for the inevitable letdown next Tuesday, when Curic will say, "I did not pee in your sink."

Oh wow, I don't think I've ever seen a twinkie before. I assumed at a glance that it was a pile of fish fingers. Gosh.