Tue Feb 14 2012 09:00 Constellation Games Author Commentary #12: "Monsters From Space": Welcome to another chapter full of laughter and embarrassing faux pas. This week we learn why Curic scanned Ariel's house, and get our first glimpses of the ancient, not-particularly-wise Ip Shkoy. 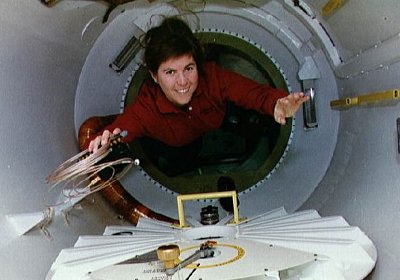 Before the commentary begins, I want to bring up something serious that I could save for next week but I don't want to. Dr. Janice Voss died on February 6 at 55. She was a scientist, a NASA astronaut who flew on five shuttle missions, and later the science director for the Kepler Space Telescope. She was a big science fiction fan. I met her once in 2007, in what was certainly the highest-wattage dinner I've ever attended (photos), and she made a huge impression on me.

The only major character in Constellation Games you haven't met yet is an astronaut, Tammy Miram. She's introduced next week. If I hadn't met Janice Voss, Tammy Miram would not exist, and I have no idea what the novel would look like from next week on.

I don't mean that Tammy Miram is "based on" Janice Voss, or that the character is a way to tell Janice's story in a fictional setting. I only met Janice Voss once and I have no idea what her story would look like. (Spoiler) Also, Janice was a very well-adjusted person, and Tammy is not. But a dinner-length conversation with Janice was enough to move the societal role of "NASA astronaut" out of my mental category "archetypes useful in science fiction stories" and into "interesting jobs I can give to my characters." 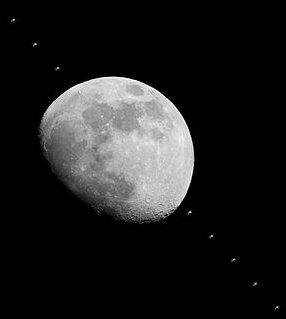 Here's last week's Twitter feed, as it was meant to be seen (i.e. without a weird UTF-8 encoding issue). And now, this week's commentary: