Tue Mar 06 2012 10:09 Constellation Games Author Commentary #15: "777": A few weeks ago I described the moment when I realized I'd written a novel that didn't pass the Bechdel test. I went back trying to "fix" the "problem". Should be easy, right? Five of the eight main characters are women. Well, I'm counting Curic as a woman because that's how Ariel thinks of her.

Actually, that's the problem: the whole novel is tight third-person limited from Ariel's POV. The women definitely have conversations that don't involve Ariel, but it's all off-camera. To dramatize such a conversation from Ariel's POV, he'd have to be spying on them or something. 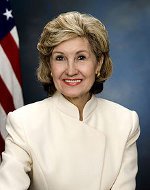 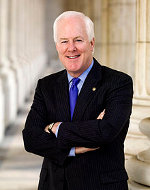 Fortunately, there's a cheap fix: pull a Starbuck on male stock characters. I did this twice. In this chapter, I gender-swapped the Senator who gives Kinki Kwi the runaround. A similar thing will happen next week. In neither case is Ariel a direct party to the Bechdel-passing conversation. In this chapter, Curic recounts the conversation to him; in chapter 16 it's something he overhears on television.

So annoyed was I at the difficulty of a non-cheap fix, I decided to write all the bonus stories from the POV of the women. This made passing Bechdel trivial. Jenny talks to Bizarro Kate, Jenny talks to Curic. Done. You just have to be interested in what women might talk about.

I hope you're hanging off a cliff. Here's last week's Twitter archive, and now the miscellaneous commentary:

And on that cheery note we end this week's commentary. Tune in next week for "False Daylight," the HEART-BEATING CONCLUSION to Part One, in which special guest star Charlene Siph will say, "Pardon my French."