(3) Tue May 15 2012 09:24 Constellation Games Author Commentary #25, "The Infiltration Path": I accidentally wrote a lot of this commentary as chapter 24 commentary, because the ambivalence scene really wants to be part of 24. It may have originally been in 24, but I had to move it out because there was too much stuff in there already.

One bit in the final chapter is presented out of order, but there's it's still chronological from a certain standpoint. Here in chapter 25, I just wasn't a good enough writer to present the events of the novel in strict chronological order. I don't know why this sort of thing bothers me so much. (Actually, I do.)

I'm tired of getting interrupted every week to write the commentary, so last week I made them my main project. I've completed commentaries up to the end of chapter 33 (but haven't chosen the images, which takes a while on its own). After chapter 36, there will be some short commentaries on the bonus stories and "Pey Shkoy Benefits Humans", and possibly one more on the book as a whole.

If you've read the paperback, the spoiler thread from last week is still open for your questions and comments. Here's last week's Tetsuo-licious Twitter feeds, and now commentary:

Now for all you loyal commentary readers, it's time for the first ever Constellation Games deleted scene. Early in the second draft, this chapter ended with Ariel and Tetsuo on the commuter train to Ariel's parents' house in College Station. I'll present the train conversation and then explain why I cut it: 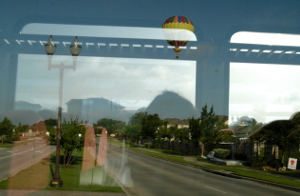 "Do people ever ask you what your real name is?" asked Tetsuo. "When you tell them your name?"

"What is your real name?"

"Why do you ask me the instant I tell you I don't like to be asked? Tetsuo Milk is my real name."

"What was your name before you learned a human name to change it to?"

Tetsuo made a reluctant sound and then said "Don't transliterate that in your blog."

"We always adopt local names on contact missions," said Tetsuo. "We've got to prove we're the most adaptable species in the universe. We're pretty conceited, honestly."

"Hey," I said, "that's our schtick. Humans are the most adaptable species."

"That's just how it works. Everybody's the best at something. Farang are the strongest, Barbarians are the fastest, Her is the creepiest. Humans are the most flexible."

"Are you designing a role-playing game?"

"Better me than somebody who doesn't know basic rules of game balance."

"Everybody thinks their species is the most adaptable," said Tetsuo. "It's like patriotism. You like the Longhorns, your parents like the Aggies, who's to say who's right?"

"Those are football teams," I said. "Patriotism is for countries."

It's a pretty funny conversation, which is why I present it now, but I cut it because it has serious problems and I make better use of its ideas later on:

Basically, a much better scene in chapter 28 killed off this scene. Let's let it rest... in peace.

Tune in next week for the family reunion, during which Tetsuo will say, "Your brother's not a turtle."