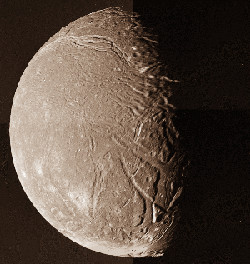 Is there a tune for that song? I dig the lyrics

So, I can't ask you what the heck is up with "Nothing may fall faster than it falls" and the rest of what appear to be Gwailo attempts to punish (apparent) violations of physical law?Googling "υ-sane" brings up a whole lot of weird shit, I must say. Is that new (post-contact) theory, or did the Constellation already have a class of games reasonably described as "chesslike"?

Oh, also I was wondering, when the Gwailo were contacted, clearly Her was around and so was at least one variety of Slow People, but how many other non-upload species were in the Constellation?

Hey, wait, that's the lizard-queen-he-services song! I have heard it many times but can't find it in my library or your music page now. Did you trigger the remote-detonation code?

I think you heard it once, in the car, and you just played in in your head a lot. I'm pretty sure I never recorded it.BTW, look at Somn at the beginning of chapter 33 for "lizard queen he services" type imagery.

My notoriously reliable memory says I heard it at least twice. Now I want to dig around in my email archives. Did it have a title?

The Gwailo were the first or second non-Her species successfully integrated into the Constellation without uploading.This raises the question of who invented uploading / who were the first Slow People. It seems like a technology Her would not require, and she's the founder, right? Or have I misunderstood?

Also, "people like Somn who can't distinguish between that and what they see on Earth" clarifies a good deal for me regarding things Somn does throughout. Appreciated.

Brendan: It's "Shoshone Shoeshine". Email archive says I'd played it for you "a couple of times."Zack: Uploading is invented all the time. Any Kardashev 2 civilization in this universe will invent uploading and change over to being Slow People.