(6) Tue Jan 24 2012 09:06 CG Author Commentary #9: "Import System": Last week and this week have some of my favorite Twitter bits (e.g.) because the CDBOEGOACC is finally available in English. Sunday night while working on Loaded Dice I realized that one of the reasons I really like playing around with the BoardGameGeek dataset is it's like a real-life CDBOEGOACC. 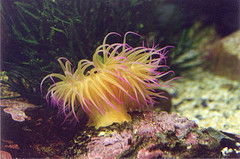 The flip side is this chapter doesn't have a lot of plot. But hopefully you're okay with that because of all the fun mini-stories like the Sea Level game/food. It's supposed to represent the design phases of a software project, where you're throwing around a lot of ideas but not much is being produced.

Next week is a set piece, and after that the plot won't let up until the cliffhanger that ends Part One. Before that happens, I need to get some solid exoludology in to bring in topics that are important later, like Sayable Spice and Ariel's unsuccessful attempts to translate it.

Before beginning the chapter 9 commentary, I want to get something off my chest about the first sighting of the Farang in chapter 1. In that chapter, Ariel compares their antennacles to the oral tentacles of a "cerebrophage". In the second draft I just out and said "mind flayer". My writing group said I should change it because readers might not know what a mind flayer is. ("Did you mean: mind flower?") Taking their advice to heart, I changed the reference to a made-up reference that nobody will get. Well, at least we're all in the same boat now!

And here's chapter 9. Vent your egg sacs before reading this commentary:

Be sure to tune in next Tuesday, when Dana will say, "This application will terminate due to suspected theft or circumvention."

Oh, and you might want to keep an eye on @Tetsuo_Milk.