(7) Tue Apr 17 2012 09:14 Constellation Games Author Commentary #21, "Her": This is one of the most important chapters in the book. I need you to start feeling the weight of the Constellation as a geological-time, astronomical-scale project, not just as the country where Tetsuo and Curic were born. The best way is to show you the Earth contact mission through the eyes of the one who's seen it all: the Her superorganism.

Twitter was quiet last week, and will be even quieter this week because the whole chapter takes place between 3 and 5 AM on a Tuesday. I think you should do some work this week instead of checking Twitter all the time.

Today is the official release of the paperback edition of Constellation Games! How does this work? I have no clue. I believe those of you who ordered the paperback will be getting it sometime this week, and those who have been resolutely refusing to preorder will soon be able to order it from the online store or get it from a local indie. In the meantime, how about a bulleted list? I know all about those. 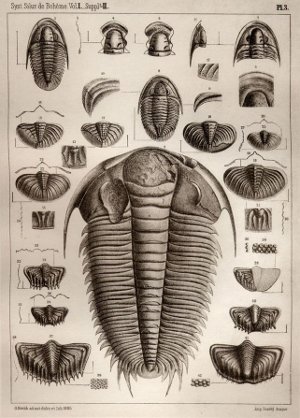 On that note: tune in next Tuesday (or read the paperback) for Ariel's terrible, horrible, no good, very bad day. During the course of which he will say, "I'm more worried about my friend's problem than in coming up with the perfect urine-related analogy for the problem."

I am too old and too complicit not to cry at this chapter.

Does the telepresence robot only work without lightspeed lag if it's carrying a port around? Or does it have some internal Constellation ansible? (I am too complicit to cry at this chapter, apparently.)

A telepresence robot could show lightspeed lag, but it doesn't come up in the book. Every time you expect lag and don't see it, a port is involved.

After last week's chapter I was wondering which Constellation species is the oldest, and I was planning to ask you if it wasn't addressed in this chapter, AND THEN IT WAS.I am a little confused about why the contact mission destroyed their original port-back-to-civilization (which I presume they also used to get here) in the first place. It seems like they could just, I dunno, put it at the bottom of the hole on the moon and not use it unless it became necessary--then, if it did become necessary, there wouldn't be any delay. Is it the case that ports can only be moved around at sublight velocities? If so, they're looking at tens of years before the replacement can make any difference...

Yes, ports can only be moved at sublight velocities. In chapter 26 Curic says it'll take about seventy years to drag a port back to Constellation space. But that figure is probably the product of negotiation, not the fastest they could possibly get it there.A lot of the rest of Part Two is convincing you that destroying the port was the right thing to do, that opening another one would be a huge disaster, but that a reasonable person might think it better than the alternative.

Something just occurred to me: there logically has to be more than one of Her, because the Them on Ring City are not in communication with the rest of Them (unless there's an ansible hiding somewhere). How does that work? The simplest explanation that occurs to me is that Her can merge and split herself as groups of Them come in and out of contact, but then I wonder how long a group would have to be isolated before it couldn't merge back anymore.

Yeah, they split. "The Time Somn Died" mentions Her "breaking huge parts off of herself" to go on contact missions.I hadn't given any thought to the logistics of reintegration, but it shouldn't take more than a generation to bridge and merge two colonies.