Back when the serialization launched, people were really curious about our business model, but that curiosity didn't lead to thousands of subscriptions. The stuff I've been working on since--the commentaries, the in-character Twitter feeds--has proven great for engaging with fans but not so great at getting new people interested. This makes me worry that Constellation Games is on track to be the kind of book that has dedicated fans and gets good reviews (here's the latest: "presented so well that it is now quite hard to imagine first contact going any other way."), but never becomes the hit I was hoping for. 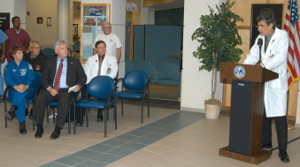 That's not too bad for a first novel, but I'd like to do better. There's one more inflection point approaching in the book's life, a point where some marketing could make a big difference. Sometime in early August, once the serialization has finished, the ebook will be released, and unlike the paperback, the ebook will be cheap. Setting the prices is Kate's job and not mine, but I imagine it'll be around $5, the current cost of the base package. My hope is that this will put Constellation Games into impulse-buy territory for when someone hears "hey, there's this novel about alien video games."

I'm bringing this up now because I want your help. We've got some things lined up like a radio guest appearance, some things that might or might not pan out like a bookstore appearance, a whole lot of things we tried to set up but didn't happen for whatever reason. I want your ideas of people I can contact who might be interested in talking with me, not about the book but about related interesting topics.

This is not "like us on Facebook" type crap. I hate that sort of promotion and I don't think it works. I want to set up the situation that makes me want to buy someone's book, where I hear/read them saying interesting things and then, hey, they have a book out. You've seen the sort of stuff I write on this weblog. If you know someone who might like to talk to me on their podcast, or host something I wrote, or a game I made up, or a dynamic dada assemblage, or whatever, let me know and I'll get in touch with them. I don't know if anything will come of it, but it's worth a shot. Let me know in comments or email me at leonardr@segfault.org.

You can suggest conventions or faraway bookstores, but I'm trying to get the word out without travelling a lot or spending a lot of money—likely a futile task, but the one I've chosen. (I also don't like going to conventions.) Also, my experience on both the sending and receiving ends indicates that the vast majority of emails of this kind are simply ignored, so let me know if I can/it'll help to mention your name when I email whoever you're suggesting. 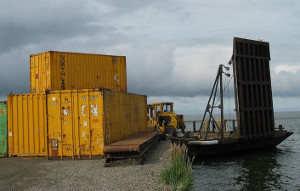 Not much commentary this week, but we do have the second of three deleted scenes. This would be a "real life" scene if that distinction existed back in the third draft. As before, first the scene, then the explanation as to why I cut it. The scene opens with Ariel having biked back to Jenny's house from the train station:

Waiting outside on the stairs outside Jenny's apartment. Working on Sayable Spice: Earth Remix. Back in Austin, Tetsuo back at Bruce's house. Downstairs, the clank of a bike lock. Jenny comes up the stairs and she's real sweaty and happy. 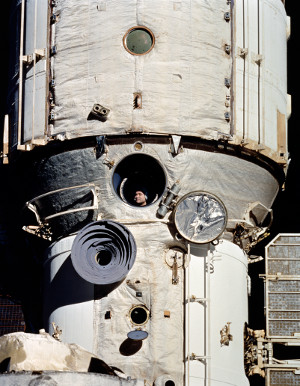 "How long you been here?" she said. "You should have called."

"Weekend was great!" said Jenny. She drew keys from her bicycle shorts and unlocked the apartment door. "I took my nephew into space."

"Well, first we stood in line for eight hours. But surprisingly even that was fun. Eddie and I played drawing games on his smart paper. Then we went up, we did a couple orbits, we buzzed the ISS, came within like ten feet of some other tourists from China, and back down."

I reclaimed Jenny's couch with my ass. "That's not very far," I said.

"Far enough, Ariel! It was the best experience of my life! It was like being in this beautiful glass womb and seeing the whole Earth reborn."

"Dude, have a smoke before you go up. The merry-wan-ha. Don't give up on space travel because of nausea."

"It's not just nausea. It's this feeling of emptiness. Like..."

Jenny stood behind the sofa and clapped her hands onto my shoulders. "All right then. What shall we do for dinner?"

"Can we do pork-stuffed lobster with cheese sauce?"

"Sure, I think we got a couple lobsters in the crisper. Right under the filet mignon. What's your problem, Ariel? Your folks don't even keep kosher."

"I'm so much like them that I feel this need to differentiate myself from them. We all do it. You became an artist, Raph became a right-wing asshole..."

"Well, differentiate yourself by chopping some green beans. We'll do stir-fry."

The other two deleted scenes were added in the second draft, but this one was added in the third draft. I like this scene, but there's no reason for it to exist. It doesn't do any worldbuilding or character development that isn't done elsewhere. I originally wrote it to foreshadow developments in chapter 30, but as I suggested when discussing the lying scene, foreshadowing is overrated. It's just an easter egg for people who go back and reread. That's worth a sentence, not a whole scene.

Plus, this easter egg confuses more than it clarifies, and there already are easter eggs for chapter 30, e.g. in chapters 2 and 17. So I cut the scene, but I (tenatively) still consider it canon.

That's it for this week. Don't miss the exciting chapter 28, in which Ariel's descent into madness continues, to the extent that Ashley is forced to say, "I don't wish to mate with you!" [We really need to talk about these misleading previews. -Ed.]

Detail I really like within this chapter: Tetsuo's email signature with its eerily truncated Debs quote.

The previews can't mislead me now that I've read a paper copy of the book. I've foiled your plans by buying your work!

I've never been happier to have had my plans foiled.