(6) Tue May 08 2012 09:07 Constellation Games Author Commentary #24, "Homebrew": Tetsuo's back, and he brought exposition! This week we take a break from beating up Ariel, and just startle him a lot while he's high. 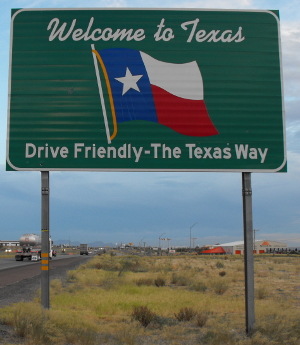 This week's Twitter feed is almost entirely devoted to Tetsuo's first day on Earth. Today also marks the start of the Great Microblog Bonus Content Migration. Prior to this point, Ariel's feed was where it was at. But Ariel's now too busy to tweet a lot, and he'll stay busy until the end of the book. Tetsuo's feed will be picking up the slack, chronicling his adventures on Earth and showing what the other characters are doing as the focus of the novel tightens around Ariel. If you're following Ariel but not Tetsuo, this is the week to get on the Tetsuo Train (patent pending).

(NB. I won't be setting a Twitter profile image for Tetsuo because the default image is a much better depiction of him than anything I could come up with.)

Speaking of Twitter feeds, here's last week's. And before we get started, some extratextual comments:

Now that the paperback is out, you can get it from your regular source for paperbacks: Barnes and Noble or Amazon, or order it from a bookstore through Ingram, or is there any chance a bookstore might proactively stock it based on the radioactively glowing Publishers Weekly review? I wouldn't depend on it, but that would be nice. Note that the paperback is the only thing you can get from your usual source—bonuses are only available from the C&G store, and the ebook edition won't be out until serialization wraps up at the end of July.

I'm not sure when people who are getting bonus stories and USB keys will be receiving them, so lemme just tell you this now. For our mutual peace of mind, I ask that you hold off reading those stories until you finish the novel. "Dana no Chousen" takes place after the novel; "Found Objects" casually blows two of the Part Three reveals; and "The Time Somn Died" is, in my opinion, actually incomprehensible unless you've read the whole book and know a lot more about Ashley and the Constellation than you do now.

You can read "Pey Shkoy Benefits Humans" anytime, even though it "takes place" after the novel. It's got basic spoilers like "Tetsuo still teaches at UT Austin", but guess what, I just spoiled you on that.

Finally, an obligatory reminder: although has been an instance where the week's chapter didn't show up in the web archive, the emails are consistently sent out every week, and if you didn't get a chapter it's almost certainly in your spam folder. 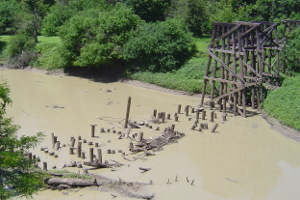 Now on to real commentary. I wrote the contact event as a positive catastrophe, a shocking world-changing event out of nowhere which is absolutely wonderful. These days a catastrophe leaves a maelstrom of frantic Internet communication in its wake, a stew of information and guesses and wishful thinking and propaganda that slowly settle into an agreed-upon set of facts and opinions and crackpot theories.

This process has been happening in the background throughout the novel. You've only seen glimpses of it (the bits that Ariel contributes), but it's very important, because that's how I've been controlling the flow of the worldbuilding: flooding the zone with misinformation and letting the truth precipitate out when I'm ready to use it dramatically.

There must be CDBOEGOACC games about Ragtime and the Slow People. But I can't tell you all this stuff at once. There'd be no space for a story. My Creative License-ish solution is there's lots of information about this stuff once you know where to look, but no human consensus about what information is accurate. It's a mess of half-assed opinions mixed up with misinformation and conspiracy theory, with no way of judging the truth of the matter. (Bai will complain about this next week.)

It was easy to control the flow of information early in the novel, when I had the world's governments working on my behalf. In "Found Objects" Jenny has a hard time getting some basic information, because that story takes place during chapter 5. But with the Greenland Treaty in effect, the half-life of secrets has declined dramatically, and the worldbuilding is starting to flood the story.

But I still have control over one thing. Ariel is the narrator. There are secrets he has to keep, details he considers unimportant, and one thing he just doesn't want to tell you. Eventually he'll figure out the central mystery of the book, and he won't tell you that either. (Don't worry, I won't leave you hanging.) With Tetsuo blabbing all the stuff the Constellation played down in the first half of the book, Ariel's scheming and obstinacy and fear of embarrassment are my secret weapons for maintaining a relatively even pacing.

That was the big-think piece, now for the misc:

The beefiest commentary yet? I'm not going back to check. Instead I'm looking forward, to next week, when Tetsuo will say, "What were you smoking? Perhaps it was crack!"

Even in the near future, I don't think a consumer phone-camera would be sensitive enough to make possible the constellation-recognizing app Ariel uses here. It's a cool idea, though. All it takes is a little...Uh, Google Sky (and presumably others?) already shows you what you're pointing your phone at, and will let you search for a particular constellation and give you a little on-display arrow showing you which way to move to see it. Doesn't do image recognition, just uses GPS + accelerometer + time to figure out what your phone is pointed at. But now you've made me want to try to write a version that does it via image processing onboard......if I write a sequel...Please? Pretty please?

Yeah, I have a very nice app called SkyView on my phone that does exactly what Emile describes. We live in the near future.

The moment where Ariel is looking at the notebooks, looks at Jenny's comic panels, looks at the note from Jenny: that's a really really nice moment. I also really like the description of Tetsuo's laugh, which de-anthropomorphizes him very effectively at exactly the moment in the narrative when he needs to be kind of otherworldly and scary. Still so good.

As you can tell I was imagining the camera acting as a CCD telescope, but yes, there's an easier way. An easier way I'd already encountered, applied to car navigation.If I may be mercenary, the existence of a sequel depends on me seeing some commercial success for this book. Otherwise I'm happy writing novels in different universes until one of them takes off.Oh, one thing I forgot to mention, about those comics: Kris Straub and I used to do that whenever we had class together. It wasn't one panel at a time; instead, we'd take turns riffing on some topic. I'm pretty sure we were super annoying to everyone else in the class.

Given what we later learn about Ragtime, "We altered a planet with no history" becomes a little more ominous. Especially in conjunction with "We gave it Gliese777Ad", a bit.

"A planet with no history" is a definite Ragtime reference.